Dianabol, or methandrostenolone, is the most popular bulking steroid on the market.

Here are a few reasons why:

Although injectable Dianabol is available, Dianabol primarily comes in pill form. This is perfect for bodybuilders who don’t want to mess with needles, due to pain or the consequences of a misplaced injection.

Many bodybuilders hail Dianabol as the best steroid for building muscle. Others may say Anadrol works better for them; however, this often depends on how well a person responds to certain compounds.

Arnold Schwarzenegger may know just how effective Dianabol is, with him and other bodybuilders (believed to be) using Dbol in the ’70s, helping him to secure 7x Mr. Olympia titles.

A first cycle of running Dianabol alone is likely to produce 30lbs of mass and 70+ lb increases in strength are common. However, these stats apply to newbies, and thus experienced users will experience less than this.

Beginners sometimes take a mild to moderate dose of Dianabol as a first cycle, as it is more tolerable than other bulking compounds, such as Trenbolone or Anadrol.

The dosages in the cycles below are for men. Women can adjust the dosage to their needs, as outlined in the dosage section. 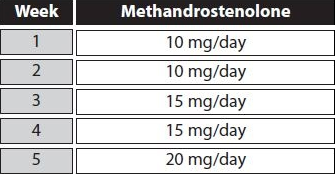 This is a common cycle for beginners, taking a smart approach by starting their dose low. This will minimize potential side effects and yield up to 10lbs in weight gain.

It will also prepare the body for future cycles, increasing the body’s ability to adapt to side effects from higher dosages. 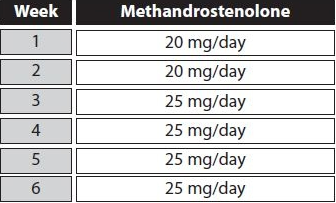 This can be used as a follow-up to the first cycle. For those eager to experience big muscle gains during their first cycle, these dosages can be used (but at the expense of more potential side effects).

After this cycle, dosages of 30mg+ are sometimes used by bodybuilders for further results; with cycles being extended up to 8 weeks. Doses as high as 50mg can be used by elite bodybuilders.

Dianabol and Deca Durabolin (Nandrolone) is a classic combination, with this steroid stack thought to be initially popular among iconic bodybuilders in the 70’s (including Arnold). This bulking steroid duo is still being used today with great results.

Deca is a powerful injectable steroid, used in bulking cycles, due to it causes significant increases in muscular hypertrophy and strength. Deca has a very low androgenic rating, plus weak estrogenic properties; thus it’s considered a somewhat mild steroid in terms of side effects (compared to other AAS such as Anadrol or Trenbolone).

Also, Deca poses no risk of liver damage, being an injectable steroid that’s not c-17 alpha-alkylated. Thus it’s a popular steroid for beginners to stack with Dianabol.

Not only will users experience more muscle and strength with the addition of nandrolone, but muscle thickness will reach a whole new level. On Deca Durabolin, a user’s muscles typically become incredibly full and pumped, due to significant intracellular fluid retention.

The above is a suitable cycle for beginners, starting in cautious doses. Dianabol is added during week 3, which is typically the time when deca-users experience an increase in sexual side effects; such as low libido and erectile dysfunction. The latter side effect is notorious with Deca Durabolin, hence it being nicknamed ‘Deca dick’.

Thus introducing Dianabol at this time will reduce such side effects, keeping testosterone levels high. Such doses are enough to see a significant increase in size and mass. 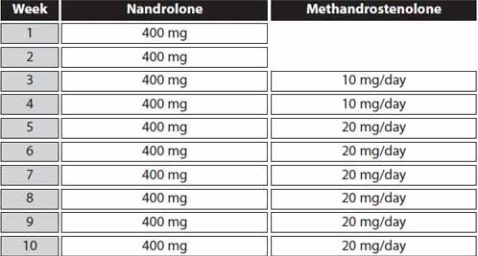 The Deca Durabolin dose has doubled to 400mg per week, Dianabol increased to 20mg per day, and the cycle extended to 10 weeks.

This is a cycle common in users who have already completed a few cycles and want further strength and muscle gains. With these higher doses, side effects are more likely to occur.

Experienced bodybuilders can take dosages up to 600mg per week (with Deca). Better results will usually correlate with a higher dose – until 600mg. After this point, the side effects become more severe, and results don’t significantly improve.

Experienced users commonly increase the Dianabol dose in this cycle up to 30-50mg per day; going as high as 100mg for elite bodybuilders.

Dianabol stacked with Anadrol will almost certainly result in amazing muscle and strength gains. However, Anadrol 50 is another oral steroid; is very hepatotoxic – like Dianabol.

Thus this duo is not generally recommended due to excessive damage to the liver.

However, if stacking these two steroids together, users should keep their cycle short and take as many precautions with their liver as possible, supplementing with milk thistle and completely abstaining from alcohol or liver-toxic medications.

Nolvadex is often run alongside Anadrol/Dianabol, as estrogen levels will rise to exceptionally high levels, significantly increasing the risk of gynecomastia.

Such estrogenic properties will also cause high levels of water retention (bloating). However, research has shown Nolvadex to exacerbate liver damage, thus caution should be taken with this SERM (35), by either avoiding this combination of steroids or taking injectable Dianabol/Anadrol instead.

Note: The following is used only by experienced steroid users:

Which dose you’ll opt for will depend on your experience. Thus if you’ve taken Dianabol and Anadrol many times before, and your side effects are tolerable, you may opt for higher dosages for a longer duration of time. (Note: this isn’t recommended).

However, if you’ve run a few steroid cycles previously, but you’ve never taken Anadrol before; it’d be wise to take a lower dose and run a shorter cycle.

Dianabol stacked with Testosterone is another effective combination, that’ll produce great muscle and strength gains. Both of these compounds are suitable for beginners when used alone or together; with neither of them producing overly severe side effects (less toxic than Anadrol, less androgenic than Trenbolone).

A popular Dbol and test cycle is:

This can be utilized as a beginner cycle; however, more conservative dosages can be used for novices being: 15-20mg for Dianabol and 250mg of testosterone enanthate. This will help prevent estrogen levels from rising excessively and natural testosterone production getting excessively shut down.

Testosterone enanthate can also be run for up to 16 weeks, which more experienced users may prefer.

The following should be the absolute minimum amount of rest taken off steroids, in in-between cycles.

Milk thistle (liver support) is commonly taken orally during and after cycles, as a measure to reduce liver damage. The effectiveness of milk thistle is not fully known; however, there’s some evidence to suggest it has hepatic protective properties.